The Catawba Valley Chapter was organized on March 25, 1995, by Eva Culver Fitchett. The goal was to bring together ladies who are descendants of early colonial ancestors.

Active members live in Cabarrus, Catawba, Cleveland, Gaston, Iredell, Lincoln, Mecklenburg, and Union Counties. The chapter name was selected based on the rich history of early settlers around the Catawba River. The chapter was officially chartered on March 14, 1999, in Gastonia with 27 members.  Membership currently is 54.

Our chapter meets the third Saturday in September, November, and January. We meet the fourth Saturday in April. Our chapter remains committed to the goals of our National Society.

In 2010, the chapter marked the Smith Cemetery (c1765) in Belmont, North Carolina, as an historic site and members have restored this cemetery to its original status. In 2012, the chapter marked Hoyle Homestead, which is the oldest existing home in Gaston County. Efforts continue to identify new sites. The chapter is a supporter of the W. G. (Bill) Hefner VA Medical Center in Salisbury and their affiliate, the Charlotte Veterans Affairs Health Care Center. 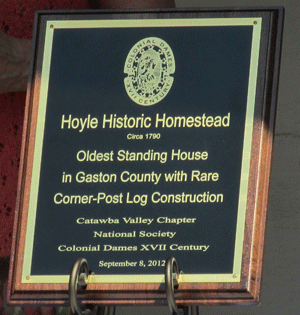 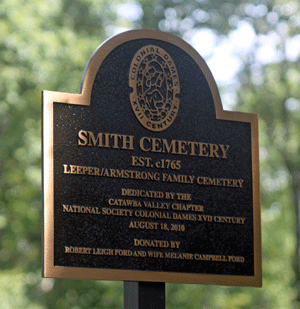